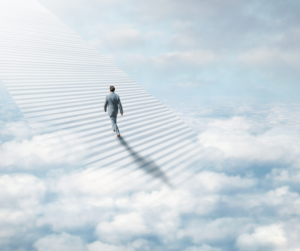 Special Thanks To Clint Eastwood, Matt Damon, Peter Morgan & Steven Spielberg For Getting It Right

My wife, Melissa, and I saw the movie Hereafter this past weekend and I must say we loved it. I’ll even admit that we saw it a second time the next night, which is entirely out of character for us. But there’s something about this movie that inspired us to want to see it again.

Hereafter, the movie, stars Matt Damon, was directed and produced by Clint Eastwood (also produced by Steven Spielberg), and was written by Peter Morgan (The Crown, The Queen, Frost/Nixon). With a lineup like that, you expect it to be a good movie. But it’s important to know what this is movie is and is not about before you see it, which is why I’ve written this review.

Hereafter IS a movie about death and the afterlife. It tells three stories: one of a medium who feels burdened by his ability to communicate with spirits, one of a woman who has a near-death experience during a tsunami, and one of a boy who is trying to make sense of the loss of his twin brother. Any one of these three storylines could have made a fascinating movie in itself, but teaming the three together was inspired.

Hereafter IS NOT a movie that provides definitive answers about the afterlife. Neither Clint Eastwood nor Peter Morgan claim to have any such answers. If that’s what you’re seeking, you’re best to get answers through personal experience. I recommend a private reading with a psychic medium (spirit communicator), a past-life regression, a life-between-lives regression (also known as a spiritual regression), or get a portrait drawn of your deceased loved one in spirit by a spirit artist.

This IS NOT your typical Hollywood movie filled with violence, action, sex and rock ’n’ roll. After the initial tsunami scene at the beginning of the movie—one of only two fast-paced scenes in the movie—Hereafter’s pace is unhurried. I use the word “unhurried” because I happened to appreciate the movie’s pace, but some people might employ the word “slow.” Yet I have no doubt that this unhurried tone was implemented with purpose, as the slowness and quietude of the filming sets the mood for a story about the hereafter.

Moreover, the filmmaking is extraordinary if you like that foreign-film quality, which I do. Eastwood is exercising his artistic expression in mood and visual splendor. No shot was filmed without careful attention to artistic detail. Since the three stories take place in the United States, France and England, the style of filming is both appropriate and visually appealing.

What I loved most about the movie was that someone—either Damon, Eastwood and/or Morgan—did their research and got their details correct about the field of afterlife evidence. Matt Damon, for example, plays the medium. The readings given by Damon’s character are right on mark. I’ve tested many mediums who gave me readings exactly in this same style and manner. There was nothing overcooked or methodologically inaccurate in the character’s portrayal of psychic mediumship (spirit communication), although the readings were shorter than the typical 30-to-60-minute readings you’d get for a fee.

Although Damon’s character touches people in order to receive his psychic messages, it should be noted that most mediums don’t need to touch you in order to give a reading, which is why readings can be delivered by phone. While there are mediums who do like to hold your hands prior to a reading, this isn’t a necessary or even common approach. Also, Damon’s character tended to express a slight jolt in his body whenever he touched someone to make a connection with spirit, which doesn’t really occur with mediumship; but this is a minor criticism, as it’s the only Hollywood exaggeration I noticed in the movie, and it’s so mildly accentuated that few will ever notice it.

With all I’ve written about Damon’s portrayal of the medium, it’s important to emphasize that this IS NOT a movie about mediums. I’ve talked to a few mediums who have seen Hereafter and the most common comment from them is that they felt the movie could have presented more information about mediumship. I would have agreed if this movie was about mediums, but it’s not. This movie is about the question of life after death and it merely uses a psychic medium as a character within the story.

Since I’m on the subject of what this movie is not, I should also mention that Hereafter IS NOT a movie intending to cleverly bring three people’s lives from three different countries together. If you liked the movie Crash, or if you’re old enough to remember Grand Canyon, then this is not one of those lives-overlapping-by-divine-coincidence movies. Yes, the three characters’ lives do intertwine in Hereafter, but not in any magical or profound manner. Coincidental connection IS NOT the point of Hereafter.

Hereafter IS a movie about the complications of being gifted, about processing spiritual experiences, and about connecting with loved ones in spirit. Without giving too much of the movie away, the medium sees his gift as a curse, the woman who had the near-death experience is challenged with people believing what she experienced, and later with talking about her experience without ruining her career, and the boy, who is emotionally desperate for a connection with his brother, simply has trouble finding a legitimate practitioner to help him.

This is the brilliance of Hereafter, as these are the true challenges of everyday people in real life who are faced with these same experiences.

I know many mediums will relate to the struggle of Damon’s character, at least at some point along their journey. The psychic’s predicament to ignore his ability in order to live a normal life is typical. I compare this to the dilemma of fame. At first it feels like a blessing, but too much too fast can feel like a curse.

New psychic mediums generally love the attention they get due to their gift when they first begin giving readings. Over time, however, as they grow professionally, they often learn to be less forthright about their vocation with strangers, tending to dance around the subject until they get a stronger sense of one’s religious beliefs or open-mindedness to their ability. I haven’t met many psychic mediums who outright ignore their ability in order to live normally, but then again, I guess I probably wouldn’t meet them if they were keeping their abilities secret.

Cécile de France plays the woman who dies and comes back to life during the tsunami. The movie illustrated with accuracy the challenges wrought after having a near-death experience. The number one challenge for people who have died for seconds or minutes, experienced the afterlife, and then returned to their physical bodies after being revived is not being believed by others once they share their afterlife experiences openly. Instead, near-death experiencers are too often met with skepticism and even scorn for talking about their experiences out loud. The movie even demonstrates how many near-death experiencers find that their values have changed, which can side rail one’s prior plans for the future. Although subtle in its approach, Hereafter touches upon these life-changing consequences with precision.

As for the boy’s story, anyone who knows grief will likely relate to this young man’s struggle. What I loved most about this story was how the boy visited with a handful of practitioners, yet unsuccessfully. I had similar experiences in the early days of my own investigation of this field. When you don’t know where to go or who is legitimate, you bounce around like a pinball hoping to smack into a credible practitioner. What’s even better is that the filmmakers leave the interpretation up to the movie viewer as to whether these spiritual practitioners are merely inadequately gifted or flat-out phonies. The truth is that it’s not always easy to know.

Any experienced moviegoer will know that the three characters are destined to cross paths at some point in the movie. But, as I mentioned, this is not the magic of this film, although it does a decent job in this regard. As much as people love seeing the clever ways that people cross paths along their journeys, this movie crosses much higher mountains. It suggests that there really are truly gifted psychic mediums in this world in spite of the charlatans. It suggests that there might actually be an afterlife as evidenced by people who have had near-death experiences. And it suggests that if you are persistent enough in your efforts, you might actually be able to find a way to connect with your loved ones in spirit. That’s a lot to accomplish for two hours of film. And while many people will wish it answered more of their questions about life after death, I think that Eastwood and Morgan were insightful to not even try.

Hereafter is a controversial movie with moviegoers either loving it or feeling disappointed by it. There aren’t too many who fall in the middle. But it’s not the filmmakers who let anyone down. People who feel disappointed by the movie allowed their expectations to let them down, not because the movie promised to do anything more than tell a great story and get people thinking, but because people crave to know the truth about life after death and look to others to provide the answers. Many hope Hereafter will do that for them.

The second time Melissa and I went to see Hereafter, we went with a bunch of friends. During dinner before the movie, there was much discussion about death. People were sharing stories amongst the group about the details of their parents’ deaths. And this was before they ever saw the movie. Little did they realize that the movie had already succeeded to incite discussions about a subject that is traditionally unspoken in our society. And for that alone—notwithstanding the beauty in story and on film—the movie is a huge success in my point of view.

I highly recommend it.

Afterlife TV is presented by Afterlife Investigator & Psychic Medium Researcher Bob Olson, who is the author of Answers about the Afterlife: A Private Investigator’s 15-Year Research Unlocks the Mysteries of Life after Death.

Get my new video notices! I'll only email when I add a video.

Bob Olson is the host of Afterlife TV and the author of Answers About The Afterlife. Afterlife TV is the most recent of Bob's resources to guide and educate you about life after death. Here you'll see episodes where Bob interviews authors, experts & practitioners (Interviews), episodes of Bob sharing what he's learned from his investigations (Reports), and episodes of Bob interviewing people about their extraordinary afterlife-related experiences.

A former private investigator, Bob Olson has been an Afterlife Investigator & Psychic Medium Researcher since 1999. In his search for evidence of life after death, Bob has tested hundreds of psychic mediums and other afterlife-related practitioners to weed out the legitimate from the phonies, frauds and scam artists. [Read More …]